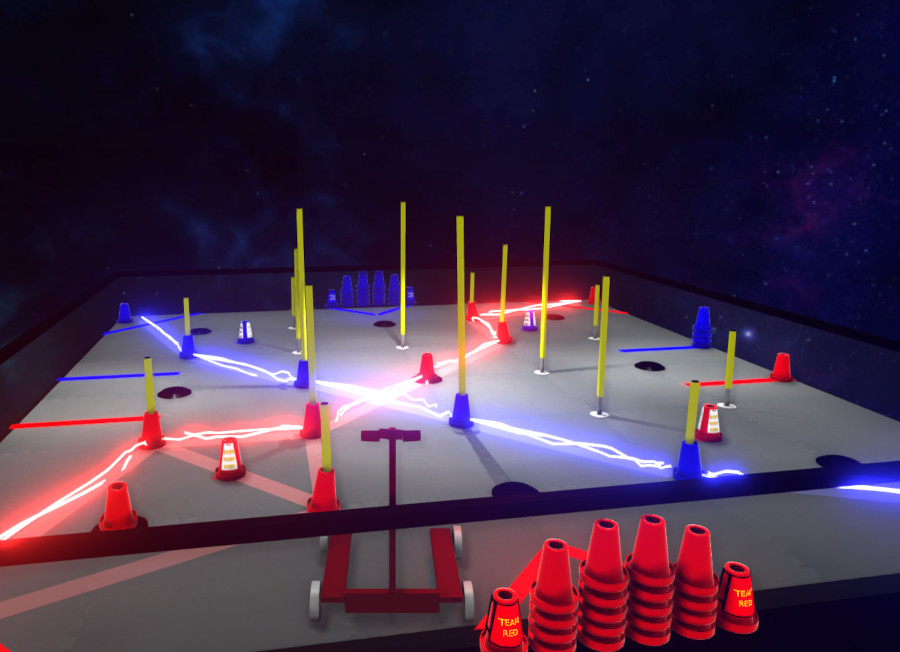 The cones present a tough physics engine problem. In the Power-Play game menu there is an option to increase physics accuracy to reduce any cone issues, but this may slow down your frame rate once most of the cones are in play.

Note on beacons: In the game, the beacon shows up on top of a cone during end-game allowing for delivering cone and beacon at the same time. There was a forum question asked whether it's legal to drop a beacon on top of a cone in the sub-station and the response was yes, so this is legal.